Punjab And Haryana High Court list of all rejected candidates 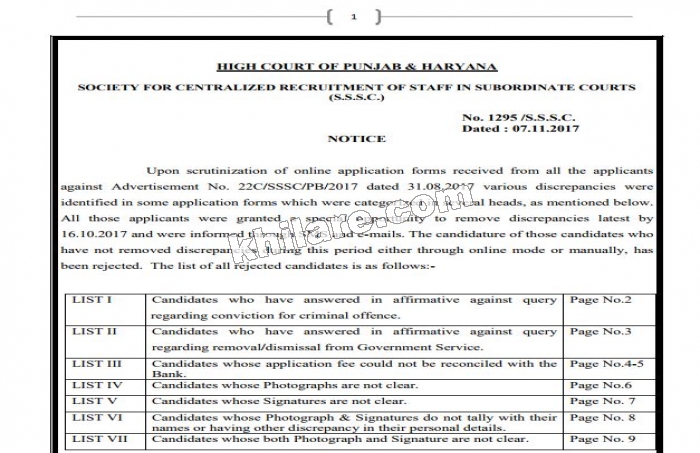 SOCIETY FOR CENTRALIZED RECRUITMENT OF STAFF IN SUBORDINATE COURTS

Upon scrutinization of online application forms received from all the applicants against Advertisement No. 22C/SSSC/PB/2017 dated 31.08.2017 various discrepancies were identified in some application forms which were categorized in several heads, as mentioned below. All those applicants were granted a special opportunity to remove discrepancies latest by 16.10.2017 and were informed through SMS and e-mails. The candidature of those candidates who have not removed discrepancies during this period either through online mode or manually, has been rejected. The list of all rejected candidates.